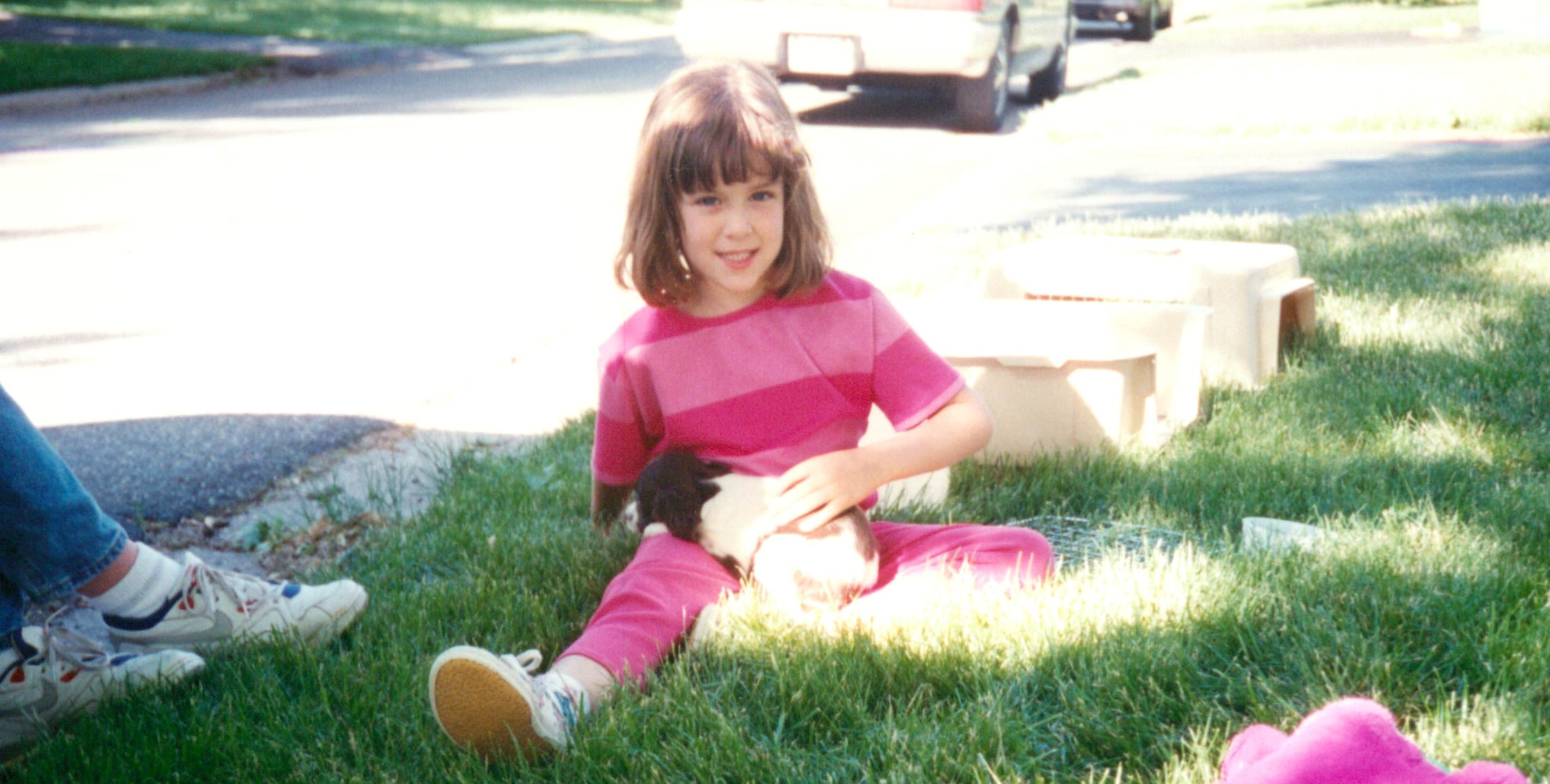 Back when we were young and didn’t know better, my wife and I thought it would be nice to have a little camp somewhere in the Blue Ridge Mountains of Virginia. The girls were still little and they went where we went. There was no weekend soccer and no sleep-overs. We couldn’t yet imagine the time when Karen and I would adjust our schedules to accommodate theirs.

It was during this blissfully ignorant time in our lives that I decided to take a day off from work and meet a realtor to look at a couple potential camp properties. I wasn’t meeting the realtor until the afternoon, so I thought I’d bring Katie with me and we could grouse hunt in the morning.

Katie was only 5 or 6, so hunting would be a nice walk in the woods with Tupper – our Brittany. Tupper was a kind, gentle soul who loved bird hunting (but mostly riding in the car and being in the woods). He only had to see my shotgun and he started to cry. A manly cry of anticipation, not a sissy cry of fear or nervousness. Because Tupper tended to get over-excited before his car rides, we typically had to give him some dramamine to calm him down. Most importantly, it calmed his stomach down. Simply stated, the goal was to prevent him from throwing up all over the car. As they say, it’s good to have goals.

The day started well. The weather was clear and mild. We even got a relatively early start. We hadn’t been in the car long before things started to deteriorate. The Dramamine wasn’t working. Tupper started getting sick in the back of the car. I was driving a Subaru Justy, which was not a big car. I was afraid Tup might fill up the whole thing with dog yuck.

By the time we got to the George Washington National Forest, poor Tupper was a dog-puking, drooling mess. I got him out of car and onto the ground. The one towel I brought wasn’t nearly enough to clean everything up. I gave Tup some water and we headed down the trail, Tupper, Katie, me and my Beretta 20 gauge. It was the first time I ever went bird hunting holding hands with a little girl. I have to admit, I liked it.

Shockingly, we encountered no pa’tridge. No ruffed grouse either. Not that our hunt was dull by any means. As we were walking down the trail a coyote jumped out on the trail ahead of us. I don’t know if it didn’t see us or if Katie looked too tasty to ignore, but it was coming right at us. Then the strangest thing happened. Mild-mannered, pukey-boy Tupper turned into a macho, wolf-Brittany. For the first time ever, the hair on his back went up, his head went down to shoulder height, and he let out a low growl and showed his so very-clean suburban dog teeth. He then took off down the trail right at the coyote. The coyote certainly noticed us by this time and ran off. I wasn’t even upset at Tupper anymore for filling my hatchback up with dog puke.

Katie squeezed my hand and said she was afraid of that dog (the coyote, not “Mr. Tuppy”). I calmly explained to my little girl that she needn’t be afraid when she had me, Tupper, and a nice, Italian-made, shotgun.

From our unsuccessful, but not uneventful hunt, we met our realtor, Bob, on a dirt road at the top of a mountain. After exchanging pleasantries, I told Bob we’d follow him down the mountain to look at some properties he had identified.

We followed Bob for a little way…until the transmission in my Justy died. Loud clunk, then no gear was to be had. I used to brag about how great my little Justy’s continuously variable transmission was on the hills. There wasn’t much left to brag about.

Eventually Bob notice we were no longer behind him and came back. We all piled into his station wagon to go look at a couple properties. Tupper rode in the way-back and, fortunately, was all puked out. We looked at some interesting country properties, but I admit to being a little distracted. We were several hours away from home and I had a dead car stuck on the top of a mountain.

Bob dropped us back at my car and left to find a tow truck. It was getting late and I had only packed us lunch. That was when Katie decided she really had to go to the bathroom. I had no tissues. I could wipe her with the dog, but that seemed wrong. So I searched out some big leafs that looked too dull to be poison ivy. We survived that little adventure and waited, and waited, and waited.

Finally we heard the tow truck. I thanked Bob and we said our goodbyes. There would be no camp that year, or any year since.

I called Karen from the garage. She and Maddie loaded up into the car to drive the two hours out to get us. Fortunately, the garage was across the street from McDonalds. Katie and I walked over to McDonalds with Tupper. We tried to pass Tup off as a service dog, but the burger folk weren’t buying it. McDonalds did allow us to tie Tupper up in the McDonalds Playland. Katie and I sat next to the window so Tupper could see us. I ordered some nutritious dinner for Katie and me. We ate and Katie fell asleep on the bench next to me.

Karen finally arrived around 9 PM. I was thinking about what a terrible day it was. I was tired, we didn’t see any birds, almost got attacked by a coyote, my car was broken down and it smelled like dog puke. We hadn’t had much time to look at camps. Worst of all, there were hours of waiting around. Terrible day.

I woke Katie up and we went outside to untie Tupper. Tup, like Katie, had passed out. As we were getting ready to get in the car, Katie turns to me, gives me a hug, and said, “Daddy, I had a really fun day.” Huh?! I admit to being a little surprised by her assessment of our adventures.

We all have our own perspective on so many things. Expectations play a big part in perspective. While I had expectations of what my day off would be like, Katie was happy to just spend a day with her dad. She really didn’t care what we did as long as long as we did it together. I was hoping we’d see some birds and maybe get a shot or two. What was more important than that was spending the day in the woods with my little girl.

Twenty years later, I miss the time spent with my young daughters. I miss my old boy Tupper. I am, however, so glad to have such a nice memory of that “terrible” day. We should all be so blessed with terrible days.