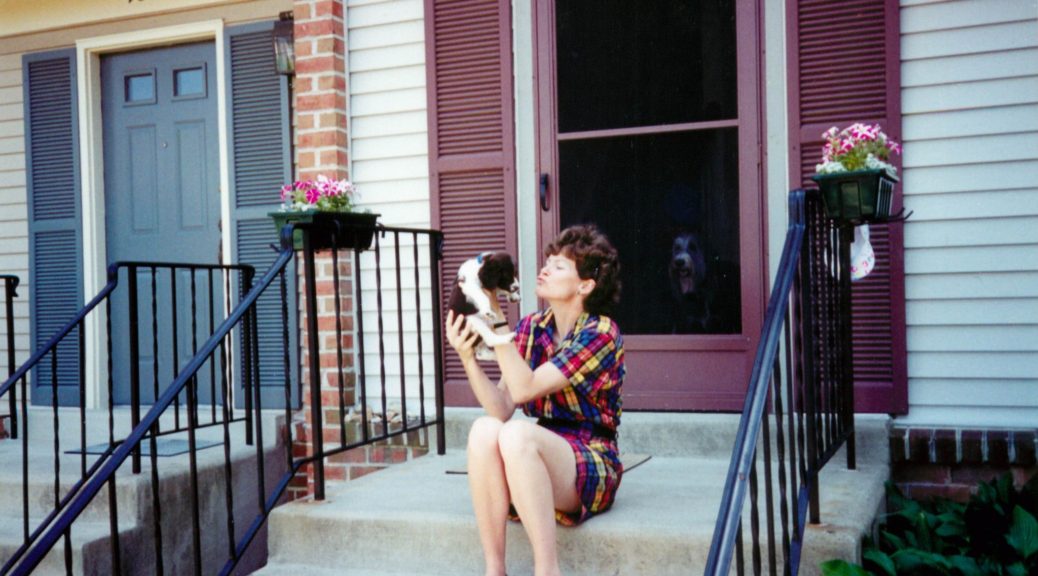 Burdock was gone and my fragile marriage was restored. Since I had gotten rid of the new puppy, I asked Karen if she going to return her new shoes? To paraphrase, her response was, “no!”

The Cold War was over, but was I happy? I really enjoyed Burdock and I was now bird dog-less. How could I ever grow up to have an outdoor blog without having a bird dog of my own? What to do?

They say that money can’t buy love. That may be true, but money did buy me a second chance at a bird dog. As part of my contrition, I agreed to several home improvements Karen wanted. We installed hardwood floors upstairs and put in a full bath in the finished basement for guests – both significant investments at the time.

In the months following Burdock’s relocation to Connecticut, Maddie learned to play with toys rather than trying to eat them and I had been a very good renovating husband. I thought the time might be right to ask Karen if we could get another bird dog. She said sure, like nothing had ever happened.

I called Del Rossi and told him that my brother had been taking care of Burdock and had become very attached to him so we decided Kirk could keep Burdock and we’d get another puppy. That seemed to be a better story than I had to give the dog away, but six months later I was in the market for another puppy.

Karen was a good sport and the whole family drove back to Cap May, New Jersey to pick out a puppy. The girls played with about 5 puppies for quite a while. Finally, one puppy just walked up into Katie’s lap and fell asleep. Katie looked up at me and said, “Daddy, I want this one.” And that is the one we got. We named him Tupper, after Tupper Lake, where both my parents are from.

For me, Tupper was a great dog. He was easy to train and was a solid hunting companion. He also developed into a tremendous office dog, joining me each day, without fail, in my home office. He didn’t work overtime, but was solid throughout the day. He is gone now, but he is remembered fondly and is still missed. I never would have gotten Tupper if I hadn’t given Burdock to Kirk…and without Burdock…Jessica?  Who knows? Things seem to have worked out fine.

4 thoughts on “Bird Dogs are more expensive than planned, Part 3 of 3”