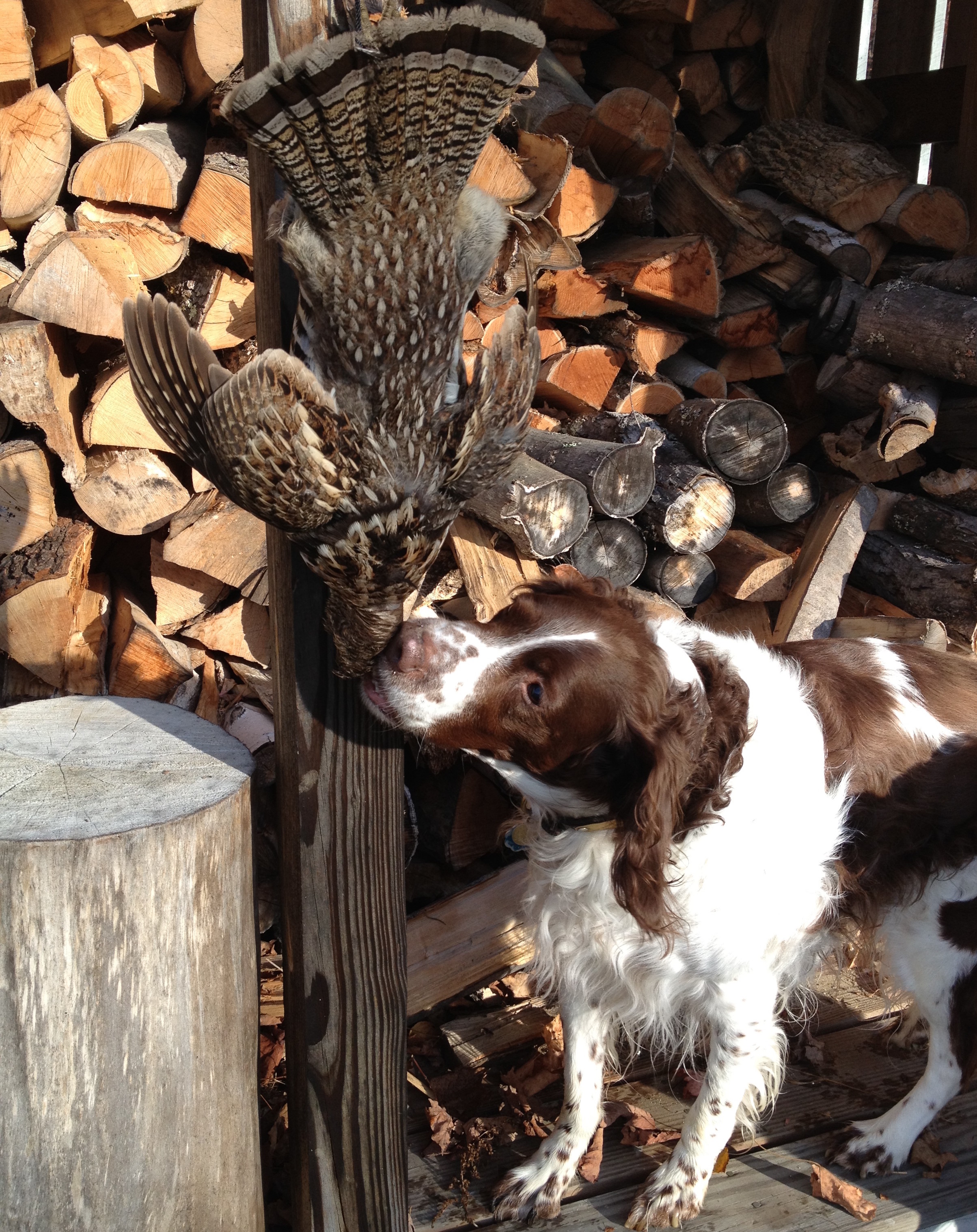 With the painful loss of a dog comes a fuller and more complete appreciation of the gift of companionship that you had. A couple weeks ago I made the difficult decision to put down our Brittany, Cal. Cal had just turned 16 and was failing. Despite his age and health problems, I still felt the part of Judas. Mostly blind and deaf, Cal came obediently over to the car door so I could lift him up to drive him to the vet. Trusting to the end.

My old dog, Tupper, was the same way. The vet met us behind the clinic to not unduly upset Tup. I let Tupper down from the truck and he followed me out back. He walked slow and coughed, due to his failing heart. Tupper walked right over to the vet sitting on the blanket and lay down, never to get up again.

This past weekend, I buried the ashes of my two Brittanys 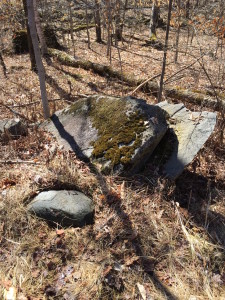 together in front of two slanted boulders, at the far south-side of our meadow. They loved the woods and all the interesting scents. I don’t think you ever know, at the time, whether you should put a dog down. You make the best decision you can and try to prevent as much of their suffering as possible. Their unfailing loyalty only compounds our guilt. They listen, obey, and try to please to the end.

Sadly, my wife and I are down to our last dog, Cabot, a very exuberant English Setter. Cabot isn’t really ours. He was my daughter’s 16th birthday present. We’ve merely been dog-sitting for over 8 years. Maddie is finally in a position to take Cabot and spoil him in her house, as she spoiled him in ours.

It will be strange being dogless after over 30 years. Who will I talk to when my wife is mad at me? Who will I blame muddy floors on? Who will I share my potato chips at lunch with? After the girls grew up and moved out, I still had the dogs. There will be a void…a temporary void. Temporary because there is always a pup in the future, just waiting to come home and be your best buddy.

Shortly after burying the boys, my wife, daughter, and her boyfriend (daughter’s not wife’s) accompanied me to the Green Mountain (Vermont) Chapter of the Ruffed Grouse Society’s annual banquet. Some accompanied me more willingly than others, but that is another blog post. While at the banquet my wife was looking through the Ugly Dog Hunting calendar, several of which were on our table. Her loving gaze landed on a picture of a Wirehaired Pointing Griffon. She then turned to me and said, “This dog would be perfect for us. I want this to be our next dog. Loving husband, please search for puppies and cost is no object.” No actual recording of the conversation exists, but I’m pretty sure this is a word-for-word quotation. There was something muttered about “don’t hold me to it,” but she was pretty toasted when that was uttered – so I’m sticking with her more sober thoughts.

Allowing another hunting dog is a big concession since, it could be argued, I have picked a disproportionate number of our dogs. It is Karen’s turn to pick in the rotation and I think that a Wirehaired Pointing Griffon will be great. The search begins!

Some dogs you never forget. Even the dogs you might want to forget you don’t forget. The thought of a new puppy makes me feel about 20 years younger. That should last until the day we get one. Hope springs eternal with a new pup. A new pup never replaces the memory of an old lost friend, but new memories do help make the old memories less melancholy.

Anyone know of any good Wirehaired Pointing Griffon breeders? I think we are in the market for puppy delivery this fall.